Green onions add both flavor and pops of color to any dish, but there are also many great green onion substitutes that can work just as well.

When it comes to green onions, the bottom part that is light in color is where the flavor is concentrated. It has a mildly pungent, onion smell and taste. Fresh green onions not only impart flavor, but are also rich in dietary fiber, antioxidants, and have a variety of other health benefits such as reducing inflammation and lowering cholesterol.

In this article, we will talk about the best alternatives for green onions and how they can be used in dishes.

Is there a difference between green onions and scallions?

Green onions, scallions, and spring onions are often used interchangeably, and there is a lot of confusion about their use. Green onions and scallions are just different names for the same vegetable.

Spring onions are also, as the name implies, harvested in spring. Green onions are available all-year around.

With that said, Google may tell you that another name for spring onions is green onions. The confusion stems from the fact that green onions are called ‘spring onions’ in the UK and commonwealth countries like Canada and Australia. But, in the US, they mean different varieties.

Finally, do green onions count as onions? Yes, they can be used in dishes where you want a bit of onion-flavor that is milder than using onions.

Chives, like green onions, are a leafy plant and part of the onion family. Chives are a good green onion substitute because they have a mild, onion flavor. It is great in dishes where you don’t want a strong onion flavor, but still want a savory touch. You will often find it in dips, salads, potato chips, and sandwiches.

The difference between chives and green onions, however, is that chives tend to have longer, skinnier and leafy stems. It doesn’t have the thick stem, with a white bottom part and green leafy top like scallion.

Since they are more delicate and tender, chives are best used raw. Overcooking will make them mushy, and remove their crisp texture, onion flavor, and vibrant color. Because of this, we don’t recommend using them in dishes like stir fries or fried rice. That is, unless you’re just sprinkling them as a garnish.

The best way to cut chives is by dicing them thinly. You can then pair them with ingredients such as cream cheese, sour cream, or mayo for dips, salads, and sandwiches. They also work great as garnishing. For example, you can mix them into sour cream and use them as a topping for a loaded or baked potato.

Since chives have a milder flavor than green onions, you can be a little more generous in the amount you use. We would suggest substituting 2-3 tablespoons of chopped chives for 1 medium green onion.

Shallots are a small, purple variety of the onion family. They have a milder and sweeter flavor than onions, which is why they work great as a substitute for scallions. Like scallions, they do not overwhelm a dish with a strong onion flavor.

Shallots are versatile in many dishes, and can be used in both cooked and raw dishes. Chop them finely and saute them in butter or olive oil to use in sauces, stews or soups. You can also deep fry them and use them as a topping for dishes like fried rice or biryani. They are also amazing for caramelizing.

How much should you substitute? Shallots and green onions have similar strength in their onion-like flavor, so you can use them in a 1:1 ratio.

Leeks are one of the best green onion substitutes you can find. Appearance wise, they look like larger green onions with thicker stalks and larger leaves.

They have a mild onion-like flavor, and the taste is not as sharp as that of scallions. So they’re good if you want a milder replacement for scallions. They are also a great source of iron, calcium, vitamin C and vitamin B.

You can chop the white stalk and use it in soups, stews or fried rice. They add a subtle savory favor. The green leafy tops can be chopped and used to garnish. Use them to make this quick hearty Irish mashed potatoes recipe.

To substitute leeks for green scallions, you can use 1 cup of chopped leeks for 1 cup of sliced green onions.

If you don’t want to use fresh green onions because they wilt or take up too much space, dried green onions are an excellent substitute. Green onion, like any other herb, can be dehydrated or freeze-dried. You can do it yourself, or find them in spice jars at supermarkets next to other herbs like oregano and thyme.

Dried green onions work great in any liquid dish where the moisture can rehydrate it. Use them in soups, ramen, stews, gravy, and curries.

Since they are dried, their flavor and smell are more concentrated, so you only need to use a small amount. Use 2 teaspoons of dried green onions instead of 1 fresh green onion.

Have you ever accidentally left your onions long enough to find them sprouted with green, leafy shoots? A lot of people throw them away, but they are actually edible and you can chop them and use them the same way as you would scallions.

Their flavor is slightly milder than that of scallions, so they work best as garnish. It does not matter whether they are yellow onions, shallots or red onions. You can use the shoots from any of them.

Clean any dirt and chop the shoots off the main onion. Finely chop the onion shoots, and use them as a topping for omelets and baked potatoes. Use 2-3 tablespoons of chopped onion shoots to substitute for 1 medium green onion.

Another on the list of the best substitutes for green onions is the Chinese onion. It is one of the many flavorful ingredients used in Asian recipes. It is characterized by a longer white stalk than regular scallions, and shorter green tops. It can be used both cooked or raw.

Chinese onions are an excellent replacement for scallions because they have the same pungent onion flavor. They are commonly pickled in countries like China or Vietnam where it is served in the New Year as an appetizer or side dish. It also works great in recipes like Chinese scallion pancakes or to make a flavor-packed, aromatic scallion oil.

Pearl onions are also a unique variety of onion that works well as a green onion substitute. Appearance-wise, they look like miniature versions of yellow onions, which is why they’re named ‘pearl’ onions. However, their taste is sweeter and milder than that of yellow onions.

They are predominantly grown and used in Europe, in countries like Germany, Italy, and the Netherlands. In the UK, alternative names include silverskins, baby, or button onions.

Because of their sweet, mild taste, they are generally used for pickling, caramelizing, or onion relishes. They are also sometimes used in martinis like olives would be used. To substitute them for green onions, use them in a 1:1 ratio.

If you want a replacement for green onions that doesn’t take up much space or where you don’t want any solid pieces in the dish, onion powder is a great alternative. You will still get that mild, onion-like flavor to add tons of umami to your dish. It is excellent because it doesn’t take up space in the fridge, you don’t have to worry about it going wrong and it can dissolve easily in liquids.

Onion powder is so versatile and its cooking uses are endless. You can add it to curries, stews, casseroles, pasta sauces, gravies and much more. It is also a very popular ingredient used in seasoning for roast or fried chicken and turkey.

Onion powder is onion in a dehydrated form, so the flavor is more concentrated. Hence, you only need to add a small amount to replace green onions. For one green onion, use half a teaspoon of onion powder.

If you want a green onion substitute that has a mild onion flavor but also a touch of garlic flavor, look no further than ramps. They are characterized by skinny purple stalks with a white bulbous bottom and relatively large green leafy tops. Ramps are also called wild leeks.

They are a variety of wild onion native to North America and are in season during the spring. In some states like Virginia and Tennessee, there are even ramp festivals to celebrate their harvest and flavor.

Ramps can be used as a replacement in any recipe that calls for scallions or leeks. They can be eaten raw in salads or sauteed with things like eggs, cheese, or potatoes. You can also grill, roast or pickle them.

There are a myriad of dishes where it can be used. For example, you can eat them sauteed with scrambled eggs or make a creamy potato and ramps soup (similar to potato and leek soup).

As they have similar flavor and strength, ramps and scallions can be used interchangeably. Use them in a 1:1 ratio, i.e. sub 1 cup of chopped ramps for 1 cup of green onions.

Negi is a variety of green onion often used in Japanese cuisine. It is also known as Tokyo Negi, Naga Negi, or Shiro Negi. It is slightly different in appearance to scallions, where the white stalks are longer, and the green, leafy tops are shorter and smaller.

Because they are good at handling the heat due to their prominent white stalks, they can be used in sautéing, braising, roasting, or even frying. The white part of the stalk has a sharp, onion-like flavor.

You can use them in any dish that calls for scallions or leeks. Cook them with butter and cheese for soups, sauces and casseroles. In Japanese cuisine, it is mainly used in hot pot dishes, noodles and stews, with the green part used as garnish.

Green garlic are the soft, tender shoots of the garlic plant (that will eventually produce the garlic you find at the store). You commonly find them in Farmer’s markets during the spring. Their appearance is almost identical to green onions, with white, bulbous bottoms and green, leafy tops.

They have a mild garlic flavor instead of onion flavor. Like green onions, they can be eaten raw or cooked.

Green garlic is to garlic what green onions are to onions- a leafier, crunchier variety with a milder flavor. It is great to use in pasta sauces like pesto or alfredo, or in stir-fries and soups. You can also roast or grill them.

Recipes That Use Green Onions (or their substitute) 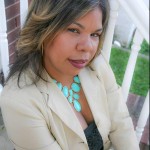 Anj is a writer who focuses on writing food recipes and home decor projects. Anj has over 10 years of food industry experience, cooking in multiple restaurants across Newark, NJ. She also previously founded the blog "Makin My Apt a Home". She loves to share her tips and trick on how to turn small spaces into beautiful homes.

5 Easy Air Fryer Recipes
Join our mailing list to receive a free download with 5 delicious air fryer recipes!
Your information will *never* be shared or sold to a 3rd party.